THE CUSTOMIZED BOOTCAMP
SOLUTION FOR YOUR GYM

Let us help you from concept to launch.

Ever since I was a young kid, I loved Sports. Anything that was competitive I wanted to be a part of it. Sports to me were the ultimate test of discipline. A part of me enjoyed the training and preparation nearly as much as the actual competition. I loved the idea that anyone had the capability of being great at any Sport, all they had to do was outwork everyone else. This concept led me to Albion College where I was a 2-sport athlete and later fueled the fire to join the United States Marine Corps for 8 years. Both of these experiences were some of the best times of my life, providing the ultimate test of my fitness.

After leaving the Marine Corps in 2009, the next logical step for me was to get involved in the fitness industry. Training was something I had been passionate about since I was in middle school. I was always the kid coming up with a workout that I would put my teammates and friends thru. Fast forward almost 30 years later and the landscape looks about the same for me. My passion for training hasn’t changed, it has just evolved over the years. I have been fortunate to have had some amazing experiences that helped mold my abilities as not only a Coach but an entrepreneur.

In 2009 CrossFit Vitality was born out of my 300 S/F Garage with my wife and similar to the fitness industry, it has evolved over the past 8+ years. It has been an amazing journey from the days of having to move the cars out of the garage in order to accommodate “Squat Day” to now running the gym out of our 50,000 S/F Fitness Complex. If you are not evolving with the industry, unfortunately it will only be a matter of time before your business is no longer relevant and you will be forced to make some hard choices, choices that may involve a pivot into a different career path. There are a lot of amazing Coaches in the fitness industry these days, unfortunately, that isn’t enough to be successful.

I learned so much about business the hard way through the past 8+ years. I have tried to help as many people as possible and never forget what it was like to be the new guy in this industry, trying to figure out how to keep the lights on at the gym. I truly believe that it isn’t a competition among other fitness disciplines, the better my competition does, the better I do. In other words, we are forced to either adapt and improve the value we are providing to keep up with those around us or our businesses won’t survive. Somebody, somewhere is working on their business and because of that, I can never take my foot off the pedal.

I have seen every issue in the fitness world over the past 8 years, from accounting, hiring and developing Coaches, employees, equipment, marketing, social media, and everything in between. The single biggest moment for me was the launch of our ēvoFIT program in January of 2016. Prior to that, we had a successful gym with 250+ members and a great staff. I didn’t realize that our business was about to completely change. In a matter of 18 months, we went from 250 members to 600+ members. We now have multiple corporate partnerships and our ēvoFIT program is more profitable than any of our other Programs. Our on-boarding funnel at Vitality is as efficient as it has ever been and our new members are getting the hands on attention they need on the front-end in order to create a lifecycle that is as sustainable as I have ever seen in any fitness program. I am more optimistic about how I can help other gyms create this same level of success than I was when I opened up my gym in 2009. This program will completely change the revenue model you are used to and the way you look at hybrid/bootcamp programs. 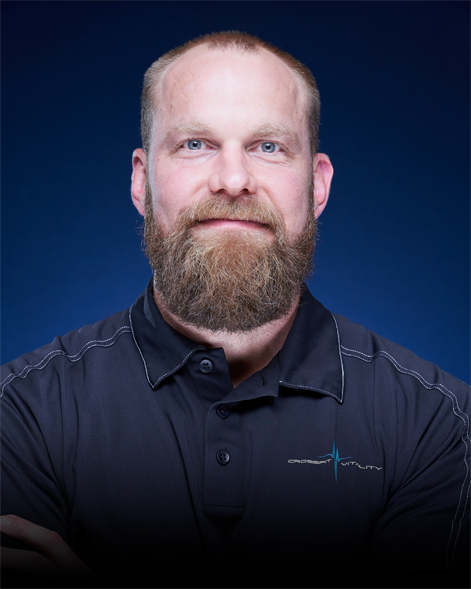 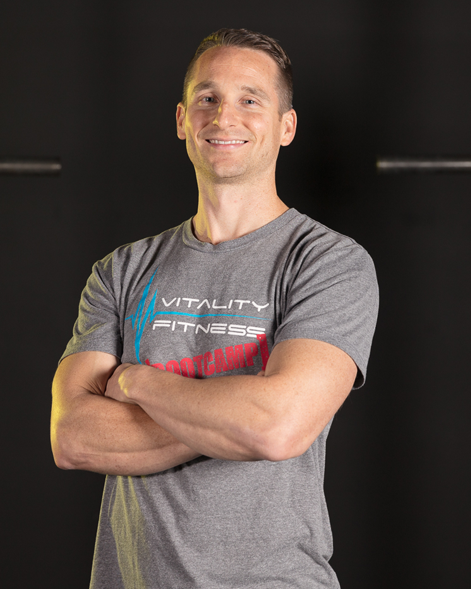 Growing up, I played a variety of sports and was naturally drawn to athletics. I decided to specialize in soccer in middle school. Once making this decision, I strove to be the best possible player I could be. I soon realized that just showing up and playing hard during team practices and games would not be enough to be the best. So I began training on my own to increase my speed, agility, strength, and conditioning. It paid off and I ended up playing collegiate soccer at two different universities – Pfeiffer and Eastern Mennonite University.

My love for soccer and passion for improving my own fitness led me to pursue a career in coaching. I loved the process of helping others become the best versions of themselves. I graduated with a B.A. in human services and a minor in coaching. Upon graduation, I began working in Cabarrus County Schools within the Exceptional Children Department. During this time, I was able to follow my other passion of coaching through a local soccer club, CSA. Although I loved working with students in an academic setting, I realized that I wanted a full-time job where I could train and coach, as I realized this was my true passion. At this point, my career path pivoted and looking back, it was one of the best decisions I have made.

I studied and passed the CSCS exam and started training on a multitude of platforms. I trained various sports teams and conducted boot camps at local schools. I also built a gym in my garage and trained local athletes to try and get as much experience as possible in the field I was so passionate about.

A couple years later, I began working for Steve at CrossFit Vitality. Since being at Vitality, I have been involved in just about every facet of a Strength and Conditioning Facility. I coached group classes, had up to 10 personal training clients, launched a Teen Strength and Conditioning Program, and have been involved in ēvoFIT since day 1 of it’s launch.

In 2016, Vitality Fitness moved into its new, state of the art, 50,000 S/F space. We were confident that the program was the right move but we had no idea how fast it was going to grow. The demographic that this program was reaching is one of the biggest reasons it can be successful in other markets.

I feel as though all of my previous experience has led me to the role of Program Director for ēvoFIT. I have transitioned full-time to this current role and all of my time is spent refining and improving the programming and service that we provide. I eat, sleep, and breathe this program and have watched it grow from it’s infancy into what it has become today. I am pumped to have the opportunity to help other box owners experience the success we have had with it and launch this at their facility.