I saw this picture of Michael and Alicia and couldn't resist sharing it:) We have had the opportunity to meet some pretty amazing people since opening Vitality close to 2 years ago. Mike and Alicia definately fall into that category, they have been a part of this since the beginning and everyone at Vitality enjoys to be around them. I still remember when they first came to Vitality to check it out and Mike told me about his tennis background and that he really had never done any type of olympic lifting before in his life. At that point in time if you would have told me that he would, within the next year, turn into one of the more thorough and knowledgable CrossFit Coaches I might have thought you were insane. Mike is a numbers guy and that was the draw for him toward CrossFit. Everything was based on actual data and he could easily track his results and progress. What makes it even better is that Alicia, although not having the same infautation with CrossFit as Mike, is always at the box crushing workouts and the two of them get to do this together which makes it that much more enjoyable for them. Mike is now coaching Vitality's affiliate team and continues to put in countless hours helping to prepare the team for the Open, Regionals, and The CrossFit Games. CrossFit Vitality is very fortunate to have the Bakers' a part of our community. From everyone at CrossFit Vitality, Happy 20th Anniversary guys! 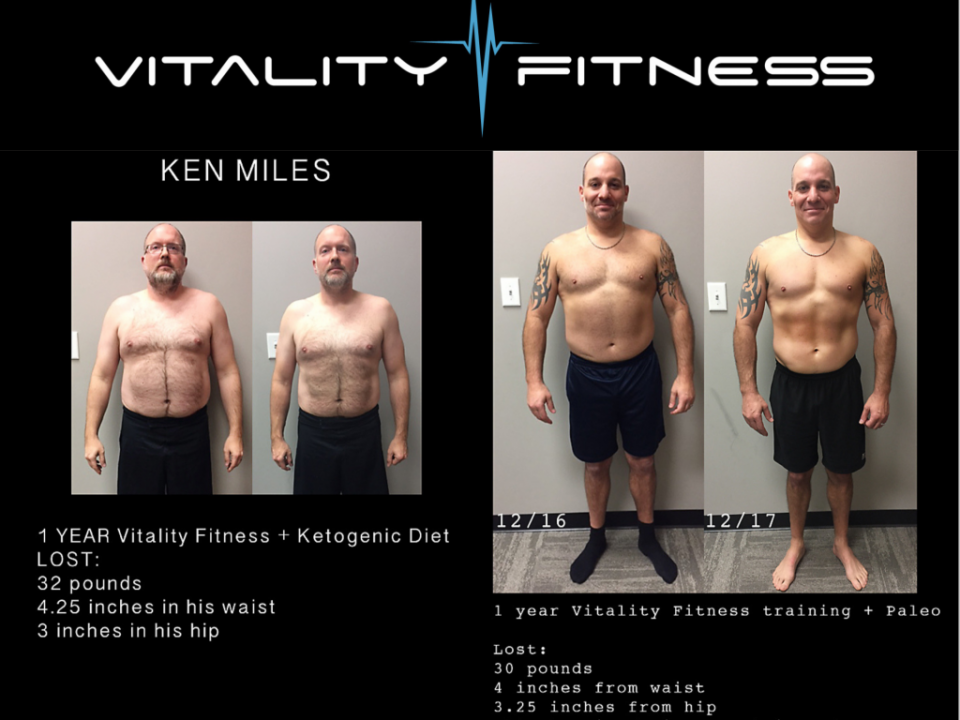